On Wednesday, January 31, at 4:30 p.m., Octavio Salazar, will give the lecture “The man we should not be,” in the Faculty of Law. Octavio Salazar’s lecture, with free admission until capacity is completed, forms part of the seminar program of the Doctorate and Master’s Degree in Human Rights, Democracy and International Justice, taught by the Faculty of Law and the Institute of Human Rights of the University of Valencia (IDH).

Octavio Salazar, professor of Constitutional Law at the University of Córdoba, has recently published a book with the same title as the conference, which has a subtitle: “The male revolution that so many women have been waiting for centuries.” According to the author, “this book is not a memorial of all the grievances that men, as privileged subjects, have committed throughout history. This book does not intend to make an adjustment of accounts with man, but with patriarchy. This book looks at the present and above all to the future. Because what he intends to do is put men in front of the mirror because we think above all what we should not be and to indicate the itinerary to follow to build us in a different way. New men who finally make possible a society in which we stop being the mighty ones and they subordinate them. “ 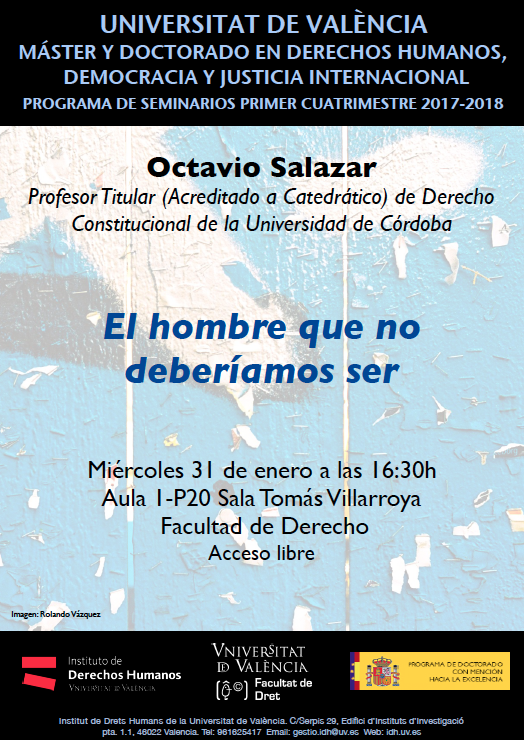