A day analyzes the situation of human rights in Western Sahara

With the title “Western Sahara, where are Human Rights ?,” next Monday, February 19, there will be a day of analysis on the situation of fundamental rights in the former Spanish colony. The day, which will take place in the law room of the Faculty of Law, will be opened by Professor Javier de Lucas, director of the Human Rights Institute of the University of Valencia (IDH-UV).

The main objective of the sessions is “to offer the university community a contextualisation of the current situation of the conflict in Western Sahara, 42 years after the occupation by Morocco, and an analysis of the consequences of this violation of International Law and of the constant violations of Human Rights suffered by the Sahrawis, “according to the professor of International Law Raquel Vanyò, organizer of the day with the student Esjaba Messaoud.

The day revolves around three thematic axes: the humanitarian situation in Western Sahara; the plundering of the natural resources to which the Sahrawis are subject; and the violations of human rights committed by the Moroccan State in the occupied territories after the departure of Spanish troops from the ex-colony. Professors of International Law, Criminal Law, human rights activists and international observers will intervene in the three round tables organized in this regard.

Together with the Human Rights Institute of the University of Valencia (IDH-UV), they have participated in the organization of the conference ASVAES (l’Associació Valenciana d’Estudiants) and JEDiP (Joves Estudiants de Dret i Ciències Polítiques), with the collaboration of Zemmur (Association of Sahrawis in Valencia), CEAR (Spanish Commission for Refugee Aid) and the Federació d’Associacions de Solidaritat Amb el Poble Saharaui-País Valencià (FASPS-PV).

Program of the day: 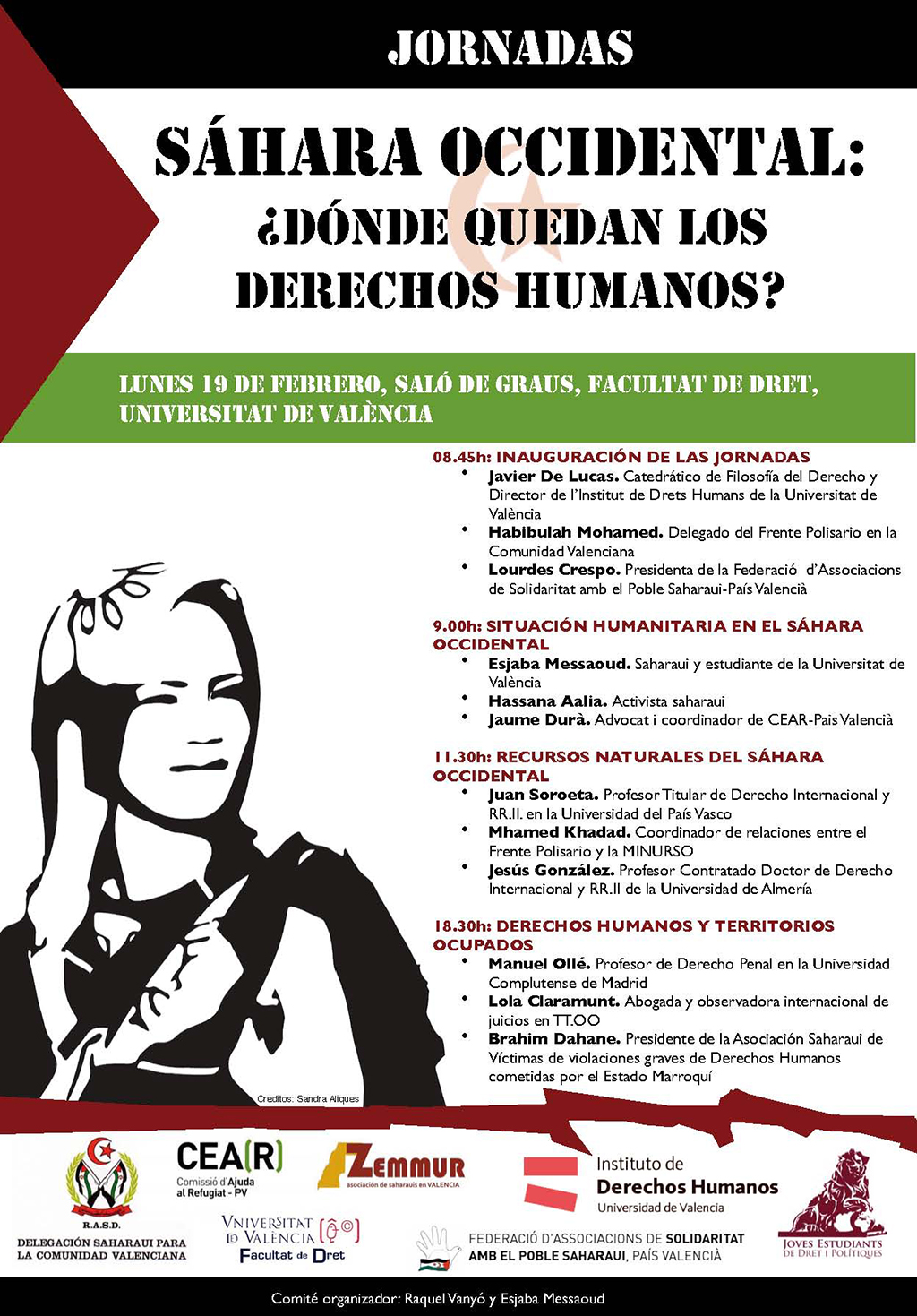